The Universal Postal Union (UPU) is comprised of 192 member countries and serves as the primary forum for cooperation between postal operators, connecting member states, driving transformation and service improvement, and providing the regulatory framework, including the now infamous terminal dues system.

In October 2018, in an unprecedented move, the US informed the UPU of their intent to withdraw from the UPU.

Their frustration aimed at the out of date and clearly unfair Terminal Dues system. Terminal Dues is the payment that one postal operator collects from another for delivering their mail, and because of an out of date decision to discount developing markets, today it costs less to send an international parcel from Shenzhen to Miami than sending from New York to Detroit.

With that one-year period nearly complete, it appears that the U.S. will remain a member nation in the UPU, with a compromise reached this week at the UPU’s Extraordinary Congress meeting in Geneva, Switzerland.

“The UPU is as strong as it has always been” said UPU Secretary General Bishar A. Hussein. “Today is a historical moment, where we have averted the possible exit of one of our member countries”.

The decision that took place during the second day of the Extraordinary meeting, will see the UPU accelerate rate increases to the system used to remunerate the delivery of inbound international bulky letters and small packets, phasing in self-declared rates starting as soon as mid-2020. The congress approved the proposal known as option V, by acclamation.

Under the agreement, member countries that meet certain requirements – including letter-post volumes in excess of 75,000 metric tonnes based on 2018 data would be able to opt-in to self-declare their rates, effective 1 July 2020.

Peter Navarro, Assistant to the President of the United States, who led the US delegation to the UPU meeting in Geneva said “Let me assure you that if indeed this proposal as presented passes in its entirety today, the United States will be able to remain a member of the Universal Postal Union,” said White House trade adviser Peter Navarro said in a Reuters report. “It bridges the different views held by net postal exporters and net postal importers here in the room.”

What does all that mean?

International postage rates are going to go up and go up a lot specifically for those countries who are large volume shippers and who previously were considered developing, E.g. China Post!

What it also means is that the difference between international post shipping costs and the integrators will narrow further, driving the already likely growth if ‘hybrid end to end cross-border shipping models and a need for Postal Operators who are negatively impacted to find alternate methods to lower shipping costs.

All in all, this is a good thing, the Terminal Dues system was archaic and out of touch with reality and whilst a painful pill for some to swallow, generally will allow postal operators to create a more sustainable model going forward.

Those that survive, will be those who accept the situation as it is, sees the upside opportunity and drive a transformational agenda with much gusto.

With a team of global experts, with a deep understanding of their respective functions, Click & Connect (www.clickandconnect.co) provides expert management consulting services focused on your most critical business challenges and your largest opportunities.

Get in touch with us at inquiry@clickandconnect.co for an informal discussion. 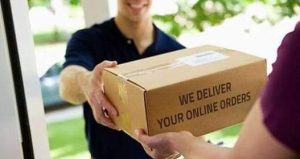 How Fast is Fast Enough: Courier, Express & Parcel Trends in 2020

We took a look at what some of the 2020 trends may look like and how global, regional and even local courier companies may want to think about as they gear up for the New Year. 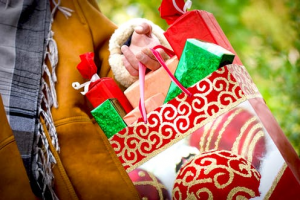 The holidays are coming and 2020 is just around the corner – so what will be in store (excuse the pun) for next year? Let’s take a look at the top 12 retail trends for 2020! 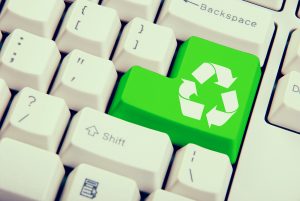 E-Commerce and the Circular Economy

As the E-commerce market grows, so does its impact on the environment. One mitigating approach is to introduce circular economy practices into the E-commerce ecosystem.